When buying or selling a house, you are likely to come across many architectural terms. While you might be familiar with some, others may seem like a different language. In our latest post, we break down some of the home architecture terms you might hear during your search for a house in Boston!

Baluster – This is a short pillar or column, which is often decorative and used for support. They are often made of stone, iron or wood. The pillars used in stair railings are a great example of Balusters.

Balustrade – Often used with “Balusters,” a Balustrade is when a group of Balusters are spaced evenly, and connected with a railing.

Bay Window – A window that projects from the side of a wall on all four sides.

Cantilever – This term refers to any type of beam that’s only anchored at one end. You will see this term used for decks and overhangs.

Casement Window – A window frame that is hinged on one of its vertical sides, allowing it to swing open.Casement windows often come in pairs.

Cladding – Building cladding is an extra layer added to a building. It can approve the appearance and help protect against wind and other environmental issues.

Clapboard – One of many boards used in the siding of a home. Typically they lay horizontally.

Corbel – A piece of stone, wood, brick or any other building material that projects from the face of a wall.

Cricket – A peaked or pointed part of a roof that diverts rainwater around a chimney or other object on the roof.

Cupola – A small dome-like structure projecting above a roof. It can be used for decoration, ventilation and can also serve as a “look-out.”

Double Hung Window – A window with top and bottom panels, or sashes, that slide past each other vertically. The window can be opened on the top or the bottom.

Efflorescence – It’s a word for the white stuff on bricks. It occurs from weathering when natural minerals seep out and crystalize.

Gable –Triangular or pointed part of a roof, often found over a window.

Gambrel Roof – A ridged roof with two slopes at each sideThe lower slopes are steeper than the upper slopes. This is often the type of roof used on a barn.

Hood Molding – A molding that projects above a door, window, or archway to defer rainwater.

Pergola – A garden structure built using columns, which support beams and rafters. Can be used to give shade over a seating area or other part of the yard.

Post and Beam Construction – A simple and traditional building framing system that uses a series of vertical posts and horizontal beams.

Scuttle – A ceiling opening with a cover or hatchway that allows for access to the roof.

Transom –  A small window, often decorative, placed above a door or another window.

Truss – The framework that’s composed of beams usually made from steel or wood. Its shape usually looks like the triangle, as it’s the frame that supports the building’s roof.

X bracing – A pair of diagonal braces or struts from corner to corner forming an “X.” 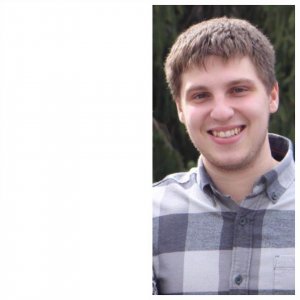 I am the owner and founder of The Easy Way Out Home Buyers. Real Estate is my passion. I love what I do, because I get the opportunity to not only help myself, but help hardworking people who need a second chance in real estate. In my spare time, I love to travel, eat new foods, and hike. I am always up for a new challenge especially when it involves helping people out of a sticky scenario.

Get Your Fair Cash Offer: Start Below!

We buy houses in ANY CONDITION in MA. There are no commissions or fees and no obligation whatsoever. Start below by giving us a bit of information about your property or call (973) 303-8934...